Documents Necessary For The Sale Of A Property 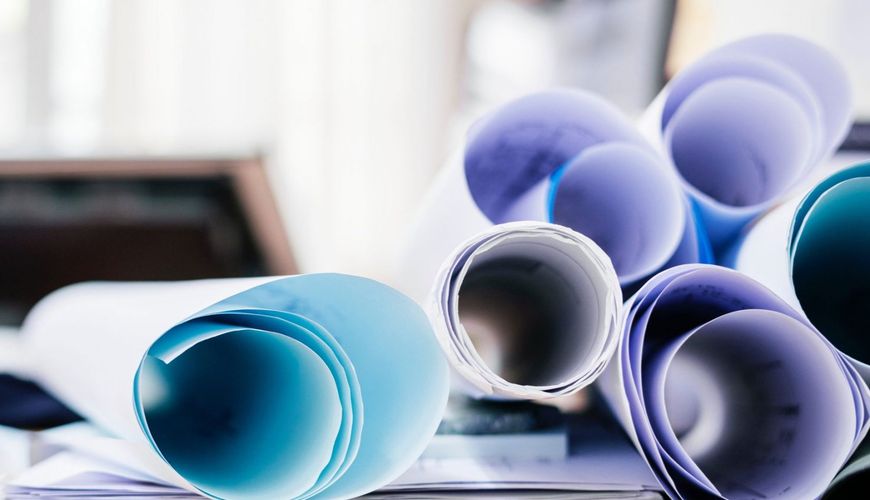 Hello everyone, I am Alberto Zarro CEO of the real estate agency Rolling Hills headquartered in Montepulciano in Tuscany.
In this article I will explain to all people interested in buying or selling a house in Italy how to check if a property can be sold or not, and in particular the difference between urban and cadastral compliance of a building.
In my experience as a real estate agent I feel I can outline the documents necessary for the sale of a property in three macro-categories:

DOCUMENTS CERTIFYING THE LEGITIMATE PROVENANCE OF A PROPERTY
To buy a house safely the first step is surely to verify that the person who is selling the property is actually entitled to do so by virtue of an appropriate deed of provenance.
The deed of provenance is a document that certifies the ownership of a right in rem on a property belonging to a person, in other words the seller must be able to legally dispose of the property.
Article 832 of the Italian Civil Code defines the owner as the person who can enjoy and dispose of things in a full and exclusive manner within the limits and in compliance with the obligations established by the legal system.
The deed of origin could be composed of:
- A Notarial deed (buying and selling, donation, etc.). This happens for example when the seller has bought the house he is selling from another person or when it has been donated to him free of charge.
- A declaration of succession. In this case the current owner did not buy the property but inherited it.
- A court judgment. It may also happen that the ownership of a house has been received by a person following a judgement issued by a judge; this may happen for example when the seller has bought the property through a court auction, in this case the judgement is the act of origin.

DOCUMENTS CERTIFYING THE ABSENCE OF WEIGHTS OR CONSTRAINTS
One of the fundamental steps to sell or buy a property in Italy is to make sure that there are no weights or constraints on it, or that there are no third parties / entities that have rights on the object of the sale that may limit the free enjoyment of the property by the future buyer.
The figure of the Notary plays a central role on this aspect because under Italian law the Notary is responsible for the existence of constraints or weights that have not been expressly declared on the sales contract.
In order to rule out any doubt on the subject, the Notary is obliged to carry out a series of checks, covering the previous twenty years from the time of the sale, so as to have a clear picture of all the events that have affected the house.
The main means by which this type of control is carried out is the mortgage inspection.
Through the mortgage inspection it is possible to consult the real estate advertising services of the Inland Revenue Agency by viewing all the information regarding: transcripts, inscriptions and annotations.
Transcripts
In these formalities, mostly relating to acts of transfer or creation of rights in immovable property, the person referred to in the inspection may appear as a party "in favour" (e.g. the buyer) or as a party "against" (e.g. the seller).
Through the inspection of the transcripts, it is also possible to view those relating to acts of attachment of various kinds (foreclosures, seizures, judicial applications).
Inscriptions
The inspection of registrations allows you to view the formalities relating to the establishment of mortgages on real estate arising, for example, from financing contracts.
Annotations
In this case, the formalities that modify previous transcriptions, inscriptions or annotations, such as cancellations of mortgages and foreclosures, are examined.

We remind you that the Inland Revenue Agency is a tax agency of the Italian public administration dependent on the Ministry of Economy and Finance which carries out the functions related to tax assessments and controls and the management of taxes. (https://www.agenziaentrate.gov.it/portale/)

DOCUMENTS ATTESTING TO URBAN AND CADASTRAL CONFORMITY
On the difference between urban and cadastral conformity of a property it is necessary to make some clarity because it is one of the arguments that create more confusion for less experienced people in the field; but let's go step by step ...
When a property is built / renovated the architect or surveyor commissioned by the owner draws up a project, this project is submitted for approval to the technical office of the municipality where the property is located.
The project will describe in detail, through plans and elevations, both the external characteristics and the internal layout of the rooms.
The person in charge of the technical office of the Municipality of reference will check that all the rules imposed by both national and local regulations have been respected and at the end of the procedure, if everything has been done correctly, he will approve the project and issue the building permit on the basis of which the owner can carry out the construction or renovation of his property.

It is possible to identify the plan approved by the municipal technician because on it there will be the stamp of the municipality, the signature of the person in charge and the details of the building permit issued.
If the works physically carried out have been carried out following the project approved by the municipal technician, then it can be said that the building is URBANISTICALLY CONFORMED.
This means that if, for example, in the approved project, 3 bedrooms with 3 bathrooms were foreseen on the first floor and during the execution of the works or a few years later, without asking for a variation to the project, you have carried out 5 bedrooms with 5 bathrooms ... then you have committed an abuse and the property will not be urbanistic compliant.
It should be pointed out that there are more and less serious differences, generally speaking the change in the internal layout of the rooms compared to the approved project is a much less serious deformity than building a house of 400 square meters when we had permission to build one of 250 square meters.
In the first case it is very likely that this can be solved in the second no.
When the architect / surveyor in charge has officially notified the technical office of the municipality that the work has been completed, plans and certificates of conformity of the systems will be sent to the municipality which will issue, after verification, the certificate of habitability. We will carry out an in-depth study on this subject.
In the last instance the property will be stacked, i.e. the architect / surveyor appointed by the owner will fill in a special model and will communicate to the Land Registry (a department of the Inland Revenue) the plan of the house, generally on a scale of 1:200, the surface area in square meters, the rooms and the resulting cadastral rent, which will be the basis for calculating all the taxes you will have to pay on the property such as: waste tax, property tax, etc. ....

The crucial point is that, absurd as it may seem, the technical office of the municipality where the property is located and the Land Registry do not automatically communicate with each other, being two totally separate entities.
The land register does not check whether or not the plan received corresponds to the one approved by the municipal technician during the planning phase, nor does it check whether or not it corresponds to the actual layout of the rooms, for this reason the cadastral plans for Italian law have no probative value, they simply serve the public administration to carry out the calculation of taxes.
In conclusion, the planimetry approved by the Municipality where the property is located may not correspond to that deposited in the Land Registry.
You're a bit confused, aren't you? Let's take an example...
Mario Rossi renovated his property between 1990 and 1991, the approved project provided for 3 bedrooms with 3 bathrooms on the first floor, he built his house following the project and stacked the property at the end of the works in 1991; the house is urbanistic and cadastral compliant because the two plans coincide.

CASE 1: In 2005 Mario Rossi had another son and without asking permission from the municipality he called the builder and created a 4th room on the first floor, then stacked the property again.
The building is not urbanistic compliant, because the project approved by the municipality has not been updated, but it is cadastral compliant because the plan in the land register corresponds to reality.
CASE 2: In 2005 Mario Rossi had another son, he obtained from the municipality the approval of a variant of the original project and carried out the works to create a fourth bedroom on the first floor, but at the end of the works he did not present the new plan to the land register.
The building is urbanistic compliant but not cadastral compliant.

There are several reasons why one of these situations could occur but the bottom line is that when Mario Rossi goes to sell the house the notary will ask him to prove that the property is both urbanistic and cadastral compliant otherwise the deed would be null and void.
Since the cadastral update can be done by a technician very quickly, you must always keep in mind that the most important thing to make a real estate purchase safely is the City Planning Conformity or that the state in fact corresponds to the plan approved by the municipality.

This is one of the reasons listed in the previous article: "HOW TO BUY A HOUSE IN ITALY", so if you do not have the skills that allow you to examine the documentation delivered by the seller in a critical manner, perhaps it is better to rely on a professional to avoid unnecessary waste of time and possible bad surprises.